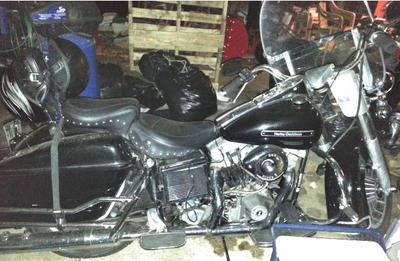 The 1979 HARLEY DAVIDSON FLH CLASSIC is an 80cc 1340 Shovelhead 1979 Electra Glide that I would like to sell or trade for newer model Harley FLH.

this year's top-rated tires for less!
The old motorcycle runs and looks good but I just want a newer one.

I would be willing to trade for a new one as well as sell so let me know if you would like to trade your newer Harley for this classic Shovelhead.

If you would like to write a review or voice any opinions on the 1979 HD FLH Shovelhead for sale, you may use the comments form below this ad to do so.

Thanks for visiting GoGoCycles Used Motorcycles for Sale and for taking a look at my 1979 HARLEY DAVIDSON FLH CLASSIC.

My location is Maine and in my opinion my asking price is cheap enough that it can't be beat on Craigslist or in an Ebay auction; $8500 OR we can talk about trading my old bike for your newer model.

If you want to take a look or tell me what you've got for trade call me at two zero seven- two seven two- eight six five zero for more details and don't forget to mention that you found this ad on Strike Lightning's Used Motorcycles and Parts for Sale www.gogocycles.com..

Join in and write your own page! It's easy to do. How? Simply click here to return to HARLEY ELECTRA GLIDES - 1979.