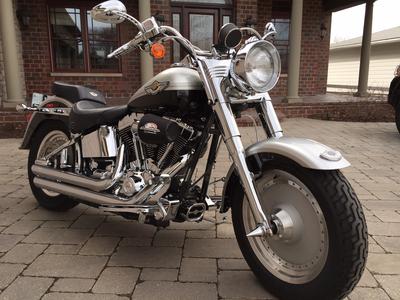 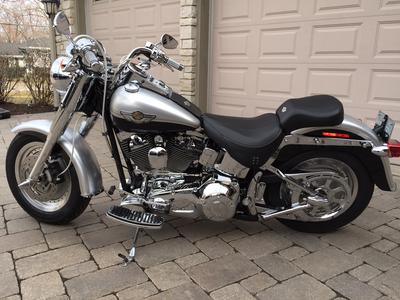 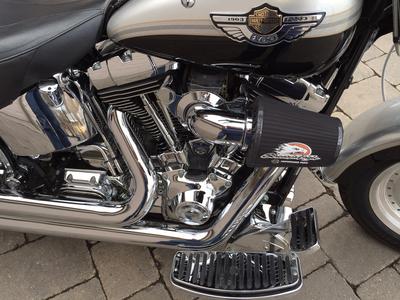 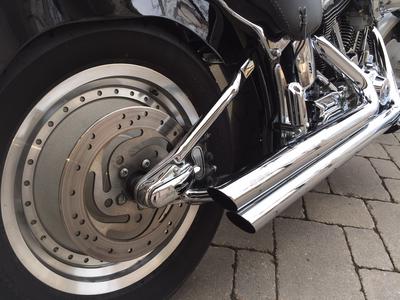 The 2003 Harley Fatboy Anniversary Edition for Sale is a special edition 100th Anniversary FLSTF. I am the motocycle's original owner. Gold Key, two tone black and grey paint color scheme and in excellent condition with loads of upgrades, extras and just 3,400 miles.

this year's top-rated tires for less!
The FLSTF has a Big Bore Kit, Harley 211 Cams, 1550 Pistons Kit, inner/outer Cam Bearings, Python Exhaust and it is loaded with chrome with not so much as a single scratch or ding.

Join in and write your own page! It's easy to do. How? Simply click here to return to HARLEY DAVIDSON FATBOY 2003.