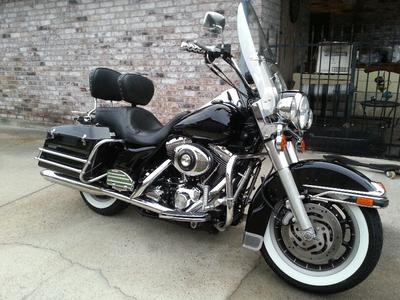 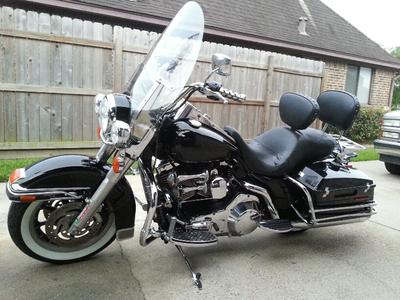 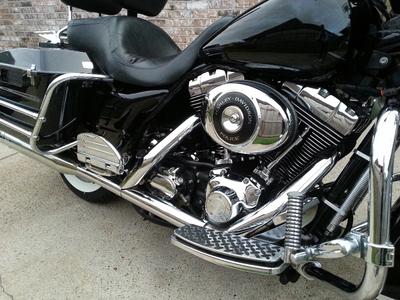 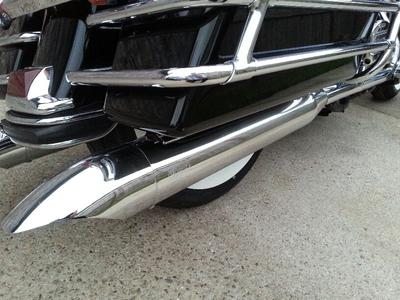 The 2006 Harley Davidson Road King Police FLHPI motorcycle for sale has Vance & Hines Turn Down exhaust pipes (spare slash cut pipes also included with sale. It has always been run with nothing but synthetic fluids and currently has 58,612 miles on it.

this year's top-rated tires for less!
This police motorcycle was retired from service at the Houston Police Department at about 28,000 miles. Several solo officers that I have spoken with knew the original owner and they all indicate that he has an unbelievable reputation for the way he maintains and babies his bikes.

She has been my daily rider since I bought her.

An original air ride seat with air tank and all mounting hardware is also included with the sale along with:

If you would like to write a review or voice any opinions on the motorcycle for sale, you may use the comments form below this ad to do so.

Thanks for visiting GoGoCycles Used Motorcycles for Sale and for your interest in the Custom Harley Trike for Sale.

My location is Pasadena, TX Texas, USA and in my opinion you won't find a more beautifully appointed and maintained, used Harley Road King for sale as this police bike on Craigslist or Ebay.

If you want to take a look or have questions, call me (NO EMAILS) (713) 376-7four94 for more details and don't forget to mention that you found this ad on Strike Lightning's Used Motorcycles and Parts for Sale www.gogocycles.com.

Join in and write your own page! It's easy to do. How? Simply click here to return to HARLEY DAVIDSON POLICE CLASSIFIED AD INVITATION.