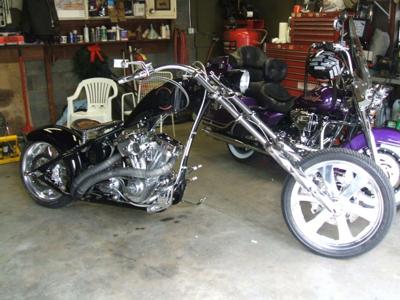 The chopper had 3000 original miles on it at the time the motorcycle pictures were taken and submitted to Strike Lightning Used Motorcycles for Sale.