Do you want to hit oil companies where it hurts? Buy used, cheap electric motorcycles and ride them to work, school; ride electric powered motorcycles everywhere you have to go when riding a bicycle is not an option. Consumer opinions count for something and nothing speaks as loud as a vote made with your money and your feet! 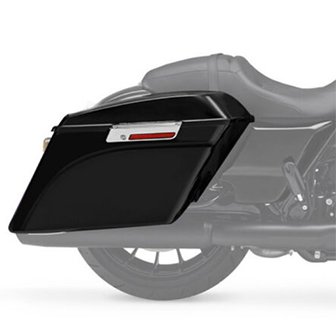 Even if you're like me and your motorcycle of choice for weekend fun and recreation is a huge, gas guzzling Harley cruiser or chopper, riding cheap electric motorcycles for commutes and trips back and forth to work during the week using battery power rather than gas just makes good sense.
More people are choosing electric bikes as their main method of transportation. 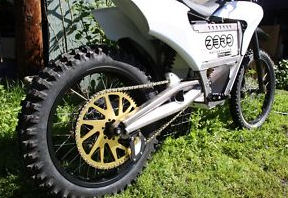 The Electric Pride Mobility Travel Pro Scooter for Sale is a three wheeled Travel Pro scooter that is in very good used condition and comes with a basket. …

THE AMIGO MOBILITY SCOOTER for SALE IS IN GREAT CONDITION EXCEPT THAT IT IS MISSING BOTH ARMRESTS. THE SCOOTER IS THE BASIC MODEL WITH NO POWER SEAT BUT …

I see this trend picking up steam since we are being given visual reminders day after day of how devastating oil spills are to our planet and while you're sitting there feeling bad about the pictures of oil soaked wildlife, don't forget the possible effects on earth's two legged inhabitants....namely you and me.

And does it strike anybody else as funny that we’ve known about air and water pollution for years but it took millions of gallons of oil pouring into the ocean and tar balls rolling up on the beaches to motivate us to (finally) explore the benefits that cheap electric motorcycles have to offer?

As I write this article encouraging you all to advertise and shop in GoGoCycles motorcycle classifieds and to do your part to save the planet, it comes to mind that I have one environmentally conscious friend that has been riding an electric motorcycle for years back and forth to work. His reasons for riding an electric powered motorcycle rather than one with a gas engine are clear, but since this guy is also a fitness nut, I had to ask him why he chose a motorcycle over a regular bicycle.

His answer was that riding a bike wrinkled his clothes and left him less than fresh as a daisy after his morning shower AND that there was a slight time factor involved. Another plus is that if he wants to (or needs to) he can take the bike on board the train or bus!

Since I don’t work in an office environment and motorcycle repair shops are always grungy I’ll pedal my bike to work until I find a cheap electric motorcycle for sale that’s fast and reliable. And I’ll keep riding my chopper for fun on weekends until they come up with a motorcycle conversion kit with lots of power. At that time I’ll probably be ready to build my own electric motorcycle!

When you click on links to various merchants on this site and make a purchase, this can result in this site earning a commission. Affiliate programs and affiliations include, but are not limited to, the eBay Partner Network such as the ones to your left on this page as well as Amazon and others. Please see our Affiliate Disclosure page for more information.

Copyright 2006-2021. All rights reserved. Email the owner at info "at" gogocycles.com View our Privacy Policy. Read our Disclaimer and our Earnings Disclosure.